CaringBridge has served as the world’s witness to good stuff that comes out of bad stuff since June 7, 1997, when founder Sona Mehring, of Eagan, MN, launched one website to support two college friends whose daughter was born prematurely.

Baby Brighid, delivered at 26 weeks and 1 pound, lived for just 9 days. On what would have been her 20th birthday, June 7, 2017, Brighid’s Mom, JoAnn Hardegger, of Somerset, WI, said, “You don’t ever fully heal from the loss of a child. But our daughter has a legacy.”

With an eye toward honoring the next 20 years of Baby Brighid’s legacy, the CaringBridge team has set out on a journey with National Geographic photographer and documentary filmmaker David McLain, to distill the wisdom of healing from good and decent people with the ultimate credentials.

To begin what we expect to become an ongoing series of conversations on healing, we invited CaringBridge users across the country, many of whom have run the gauntlet, to reflect on the most terrible times in their lives. Less to revisit what happened—so often agonizing, frightening and hideously unfair—and more to draw out what has happened since.

And with the simple hope of helping others, these amazing people opened their hearts, and homes, to describe how they have gone about making themselves whole again.

What they have endured is not pretty. But their stories are beautiful.

To emphasize: It is neither their intent, nor ours, to tell people how to heal, or even why they should try, especially when health can’t be restored. And we know, too, that for some people, healing may always be elusive, or unattainable.

It is our intent, though, to continue exploring, in episodic fashion, the simple and complex topic of how we heal.

For this first episode, we visited with 20 CaringBridge families across the nation. Some face complicated, uncertain or terminal diagnoses. Others are living a Bible verse quoted by many CaringBridge authors: “Struck down, but not destroyed,” (2 Corinthians, 4:8-9).

All of these ordinary souls are establishing a new normal, when all they want is the old normal back. If one thing became abundantly clear, everywhere we went, it was this: People have chosen to heal.

What we observed, though, should be viewed in this context: The choice to heal is made easily by some, and is much harder for others. And for some people, healing may never advance beyond a possibility.

We also observed that health and healing are distinct. So often mentioned in the same breath, in real life the two can exist together, separately or not at all. Here’s what people had to say:

From what we observed, a decision to heal exists in parallel, or sometimes perpendicular, to prognosis. Translation: Hard to explain; easy to see.

We also saw that healing looks different for everyone. A glimpse of the pure and powerful stories we captured:

While we had originally expected to share these stories within a framework that also addresses the science of healing—at CaringBridge we call it “measuring the magic”— this will have to come at a later point in the series.

Why? Academic experts, who seldom agree on much, describe the science of healing as elusive, at best.

At the outset, we asked for help from Mary Jo Kreitzer, PhD, RN, and director of the Center for Spirituality & Healing at the University of Minnesota.

In response to our request to be pointed toward “the best science in healing,” she replied: “This answer may frustrate you or delight you. There is no universal definition of healing.”

More frustrated than delighted, we kept asking around. With a respectful nod to Dr. Kreitzer, our findings can best be described as a Rubik’s Cube. Among the highlights:

But a noted academic, Jeff Levin, PhD, who came to us by way of Dr. Kreitzer offers hope that healing, much like “happiness,” “resilience” and “spirituality,” may eventually be defined precisely enough so we can measure the magic.

The April 2017 issue of Explore: The Journal of Science and Healing is entirely devoted to wrestling healing into shape.

In it, Levin writes: “The issue of healing is too important, clinically and scientifically, to be left to sketchy and emotion-driven conceptual engagement (or non-engagement) which inhibits the rigorous empirical research that this subject very, very richly deserves and requires.”

We couldn’t agree more. And in future segments of this conversation, we would love to share more of the science that exists, and to participate in helping the world arrive at an agreed-upon, and measurable, definition of healing.

But for now, we invite you to look into the eyes of these women, men and children surviving things you wouldn’t wish on your worst enemy.

What they truly want is for you to never walk their path. But if you do, may health and healing be yours. And if fate decides otherwise, may some good somehow emerge from bad.

These amazing people believe—and we do, too—that the choice to heal is always in your power. 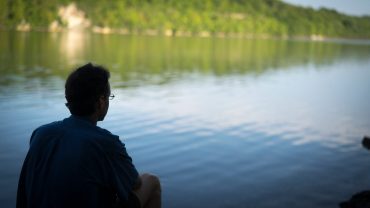 Why is There So Little Science on Healing? 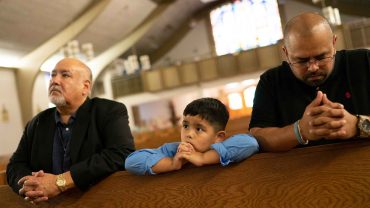 A Framework for Healing: Believe, Belong, Be 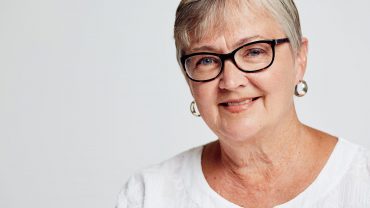 Reflections on How We Heal