Darrin Swanson and JoAnn Hardegger, the parents of Baby Brighid, for whom CaringBridge is named, with founder Sona Mehring, right, and the CaringBridge team in Eagan, MN. (Photo by David McLain)

Twenty-five years ago, after a pregnancy threatened by hypertension and HELLP syndrome, our daughter, Brighid, was born at 24 weeks. She weighed just 1 pound.

While the survival rate for micro-preemies is much better today, our sweet baby, born in 1997, faced so many complications.

Feeling scared and overwhelmed, we accepted the offer of our dear friend, Sona Mehring, to keep family and friends updated on what was going on. After just two agonizing phone calls, Sona, a computer programmer, said, “There has to be a better way.”

People Felt Like They Were Part of Our Family’s Journey

On Brighid’s birthday, June 7, 1997, Sona built a website for Brighid. Everyone rallied around us, and when our long-awaited baby died, after just 9 days, the love and support lifted us up.

People who came to Brighid’s memorial service said they felt connected, like they were part of our family’s journey. And they were.

All these years later, the single website Sona built for Brighid has become hundreds of thousands of websites, connecting millions of people, at a time when support is truly needed.

But there is more to the story. CaringBridge helped heal our family.

We were pretty much broken after Brighid died. We had lost another Baby, Gabriel, who was stillborn, just nine months before.

You never get over losing a child, but as we watched Sona pour her heart and soul into growing CaringBridge, our sorrow transformed. She took our grief and built something out of it.

We realized that through CaringBridge, Baby Brighid accomplished more in her short time on Earth than many do in a lifetime.

Our daughter is not a forgotten child; CaringBridge is her legacy.

Baby Brighid’s Story is the Story of CaringBridge

Today, we have a son and daughter (Sepp and Anya), who are happy and healthy young adults. While they never got to meet their sister, they have grown up knowing that Brighid’s story is the story of CaringBridge.

This year, during which our oldest daughter would have turned 25, we think about whether Brighid may have finished college, been in a career or had a family of our own. We could say we were cheated out of so many cherished moments.

But then we think about Sona, and we wish for everyone the love and support of a friend like her. She was with us when we needed her most. Just like CaringBridge.

We are forever grateful for CaringBridge and hope it will be available for another 25 years and beyond.

We Support CaringBridge. Will You, Too?

We give every year to CaringBridge because we believe everyone should have access to a safe, protected, ad-free place in their time of need. Would you consider making a donation to CaringBridge, too?

JoAnn Swanson and Darrin Swanson are the parents of Baby Brighid, the baby girl born on June 7, 1997, for whom CaringBridge is named. 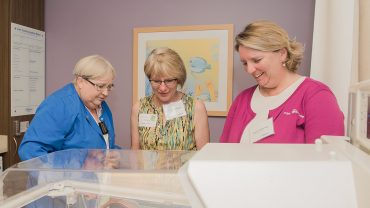 To Mark Baby Brighid’s 20th Birthday, a Visit to Birthplace of CaringBridge 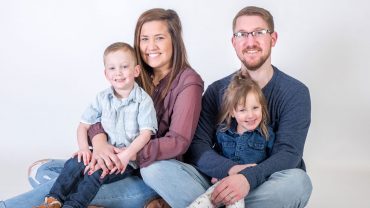 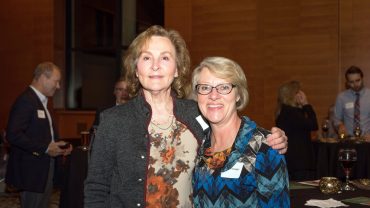